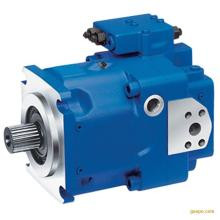 In order to improve the sealing performance and service life of the hydraulic valve, we have carried out repeated experiments on several main sealing structures of the valve body cavity part, and improved the structure, and finally achieved satisfactory results.

The valve seat is made of non-metallic material POM, and the valve stem is made of metal material 1Cr13 stainless steel. The sealing mechanism is: Under the action of spring force and hydraulic pressure, the two conical surfaces contact to form an annular sealing band, and the width of the sealing band is generally 5 mm~ 6 mm. The angle design of this tapered structure has the following disadvantages:

(1) Poor craftability. Since the two tapered surfaces are designed to be 90° ± 0.2°, it is difficult to ensure processing with ordinary equipment, which brings great difficulties to processing and measurement.

(2) Poor anti-pollution performance. If the angles of the two cones are exactly the same, a wider sealing band is formed, because there are some small stains in the liquid, such as iron filings, dust and other debris, due to the large cone contact during sealing, the debris is very It is easy to be sandwiched between the two tapered surfaces, resulting in leakage due to poor sealing.

(3) The seal is unreliable under the hydraulic force difference between the left and right chambers in the valve.

(1) Poor craftability. Since the O-ring is required to have a certain amount of compression in the triangular groove, the dimensional accuracy of the valve seat chamfering is high, and the general tolerance is 0. 1 mm, difficult to guarantee during machining.

(2) The seal is not reliable. Under the action of hydraulic pressure, liquid flows in the gap between the A side and the B side, and the hydraulic pressures P1 and P2 act on the O-ring, and the pressure of the O-ring and the groove contact point D is large, and the point C The pressure is small, so the sealing at C is unreliable and leaks; if the plugging force at both ends is too large during assembly, the A surface can be sealed without liquid entering, and only the B surface enters the liquid, so that only the pressure P1 acts on the O type. As a result of the seal, the pressure at C becomes smaller and does not seal well and leaks.

(3) Short life. Since the rubber O-ring is designed to have a certain amount of compression, that is, it is pressed into the triangular groove, so that the O-ring is subjected to force in both the working and non-working states, so the sealing ring is easy to lose elasticity. Invalid.