Research on Improvement of Seal Structure Design of Hydraulic Valve （一） 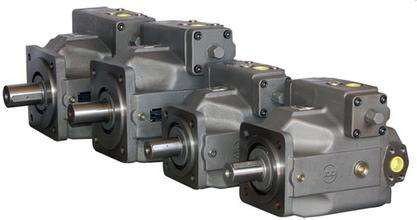 In view of the leakage problem and the specific causes of the problem, the detailed discussion of the sealing structure design of the hydraulic valve has an outstanding practical significance for improving the current unreasonable situation.

1.1 Analysis of the original sealing structure

The specific utilization analysis of this kind of sealing structure reveals that there are three significant defects: one is that the design of this kind of design is poor, because the two cones are designed to the above angle, and it is very processed by ordinary equipment. Difficult to achieve, this will increase the difficulty of processing and measurement; the second is that the structure is relatively poor in pollution resistance in use, analysis and practice found that when the angles of the two cones are exactly the same, the sealing band will be wider, and In the liquid, iron scraps, dust, and the like are inevitably stored. Therefore, when the sealing tape is large, the impurities are easily caught between the two tapered surfaces, and eventually the seal is not tight and leaks; Sealing under the hydraulic force of the left and right chambers in the valve will show obvious unreliability.

Based on the design problems of the valve seat and the valve stem, the designer actively carried out the design improvement and made the test analysis, and found that the sealing performance has been improved compared with the original structure. The specific improvement design is as follows: the valve seat cone angle is designed as 100° and the taper angle of the stem is designed to be 90°, so that when the seat and the stem are in contact, it is good to ensure that the seal ring is formed at the contact.

Because the working pressure is relatively high in this state, with the slight deformation of the valve seat, and the angle difference between the valve seat and the valve stem, the two tapered surfaces will form a small sealing ring belt of 0.05 to 1 mm at the contact position. The agreement between the two will be higher than before the improvement.

The above design improvements show significant advantages in three aspects in specific utilization. One is that the sealing reliability is greatly increased. Because of the angular difference between the sealing surface of the valve seat and the valve stem, the sealing tape can be accurately determined. This almost linear sealing band is under hydraulic pressure and spring force. Under the dual action, its sealing is more reliable.

The second is better anti-pollution. Since the sealing tape formed under such a structural design is almost linear, the amount of debris remains small, so contamination is less likely to occur. The third is that the process is more prominent. The angle of the taper between the valve seat and the valve stem is a free angle, and the machining accuracy is significantly reduced. Therefore, the difficulty is greatly reduced for the machining.