Generation and Solution of Abnormal Noise of Gear Pump 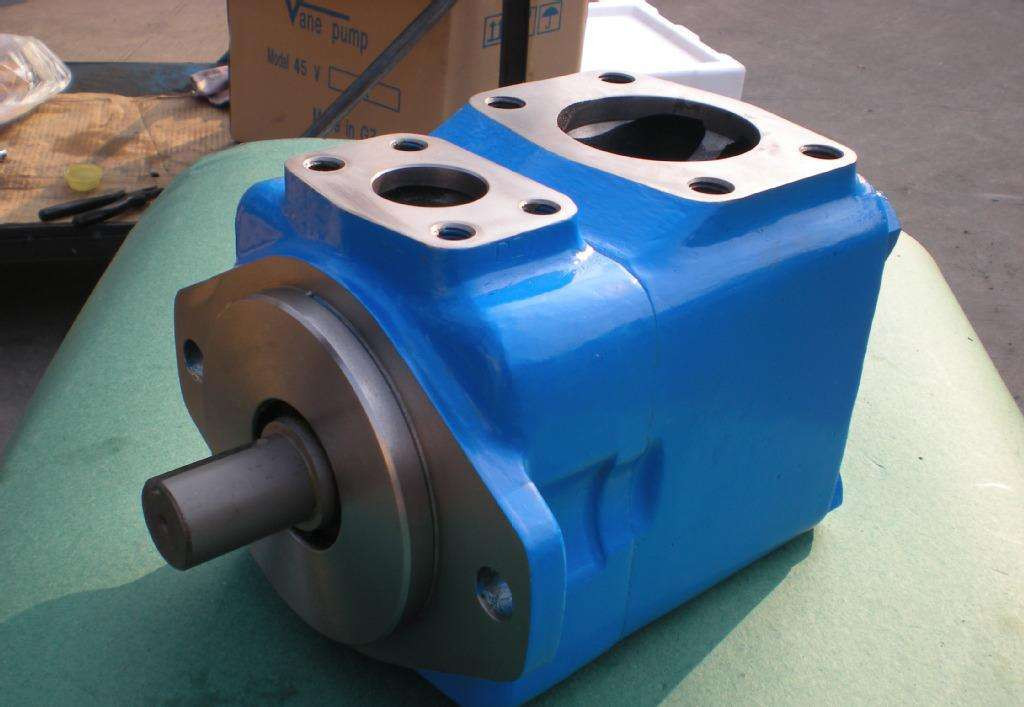 Noise is one of the most common faults of gear pump. Usually manifested as severe screaming, whistling, accompanied by gear pump heating, cavitation and other phenomena, causing early damage to the pump. There are many reasons leading to abnormal noise of gear pump. Because of the characteristics of gear pump itself, its flow rate, pressure fluctuation and noise are large. In addition, oil trapping, tooth shape design and parts accuracy are also important factors for introducing abnormal noise.

1. The mechanism of noise generation

The abnormal noise of gear pump in use is mainly caused by cavitation.

When the oil is flowing in the system, if the pressure at some point in the liquid flow is very low, it is lower than the pressure at which the air is separated from the oil (that is, the air separation pressure). At room temperature and atmospheric pressure, when the soluble volume ratio of hydraulic oil is 6-12 air), the air dissolved in the oil will quickly separate and form bubbles. If the pressure here is lower than the saturated vapor pressure of the oil at that temperature, the oil will begin to boil and form a large number of bubbles. These bubbles are mixed in the oil to form cavitation, which makes the original continuous oil in the hydraulic system become discontinuous. This phenomenon is called cavitation phenomenon.

If cavitation occurs in the hydraulic system and the gear pump rotates, the bubbles will move from the low pressure chamber to the high pressure chamber along with the liquid flow. Under the impact of the surrounding pressure oil, the bubbles will collapse rapidly, condense into liquid or cause the gas to dissolve again in the oil. This process occurs instantaneously, so it will cause local hydraulic impact. In the place where bubbles condense, pressure and temperature will rise sharply, causing vibration and strong noise. This is the mechanism of gear pump noise caused by cavitation.

With the emergence of abnormal noise of gear pump, near the bubble condensation area, especially the surface of pump gear and side plate, if it is subjected to hydraulic impact and high temperature for a long time, and oxygen oxidation in free gas, the surface of parts will be corroded, that is, the so-called cavitation. Cavitation will aggravate the early damage of parts and shorten the working life of gear pump. Therefore, the abnormal noise of gears can not be ignored. The causes should be analyzed in time to eliminate the faults.

2.1 Problems needing attention in the design of hydraulic system

(1) The determination of the rotational speed of the pump driving motor.

In order to make the gear pump work normally, the speed of driving motor should be selected according to the speed specified by the pump, and should not be higher than the specified value. Pump speed is too high, it will affect the oil absorption performance of the pump, produce "suction" phenomenon, and make the noise of the pump larger. At present, the speed range of domestic gear pumps is generally between 1 500-3 000 r/min, and the speed of individual small displacement pumps is higher.

In addition to oil storage, oil tank also plays the role of heat dissipation and separation of oil impurities and gases. Reasonable determination of the volume and structure of the tank is very important for the emission of gas and the reduction of system noise. According to experience, the effective volume of the tank is at least three times as much as the pump flow. If the main equipment permits, it can be increased appropriately.

In structural design, the distance between suction pipe and return pipe in tank should be as large as possible, and separated by separator. In order to increase the path of oil circulation and reduce the circulation speed of oil, and to make the bubbles in oil escape more fully, several interlaced separators can be properly designed between intake and return pipes. The nozzle of the tubing should be inserted at least 50-100 mm below the lowest liquid level of the tank to avoid air entering the hydraulic system.

(2) Selection of oil absorption filter. If the oil permeability of oil-absorbing filter can not meet the requirements, it will increase the oil-absorbing resistance of the pump, cause cavitation phenomenon in the pump, and cause noise.

The oil filter on the suction pipeline of gear pump can be installed or not. The mesh oil filter with less than 60 mesh filtering accuracy and less pressure loss must be installed. If the filter accuracy is high due to special requirements, the filter area must be large. Usually, the oil permeability of oil absorption filter should be guaranteed to be more than 2 times of the actual flow rate of gear pump, and the pressure loss generally does not exceed 0.1-0.2 kPa.

The arrangement of oil-absorbing filter in the oil tank should ensure that all the filters are immersed in the oil. The lower part of the filter should be a certain distance from the bottom of the oil tank, so that the oil can enter from all sides of the filter, up and down, so as to ensure its oil permeability.